«These marriages do not take place», would be the ironic comment of Alessandro Manzoni, the Italian poet and author of ‘I promessi sposi’, the work that immortalized the most famous and troubled wedding in Italian literature, of Renzo and Lucia. Today, however, there is not Don Abbondio in the middle, but the pandemic and all the restrictions that follow. Since the virus arrived, more than a year ago, the wedding and private events industries that include at least 25 different professions, have inevitably suffered a severe setback. Last summer, the government and the Cts, had drawn up very stringent guidelines for ceremonies, which had forced many couples to postpone, or at worst cancel, the wedding.

Then the second and third waves of Covid, and new restrictions for weddings. The impact was felt by a sector that in Italy involves 50,000 companies (10,000 in Lombardy) with an annual turnover estimated at around 25 billion euros (in Lombardy, during the pre-Covid era, it was an average of 5 billion euros) and 450,000 workers between permanent and seasonal throughout the country.

In 2019, there were nearly 190,000 marriages in Italy; in 2020, there will be almost half. After a 2021 beginning full of uncertainties, only now brides and grooms are finally starting to see the light and think about their wedding again.

First of all, there is a date. From June 15 parties will be allowed, including those for civil and religious ceremonies. On the security protocol, however, still up in the air. According to the first indications, it seems that guests will have to show the green pass, or certify they are Covid negative with a swab (obviously charged to the spouses or the guests themselves), although there will be no maximum number of participants.

A buffet will be allowed, but it will be served by waiters, and it will be possible to dance, but it is not clear yet how. In fact, it seems that the guests inside will be able to go wild to the rhythm of music ‘only 15 minutes between one course and another’, maintaining the social distancing. Outside instead, if the spaces are adequate, there will be no limitations. And even the wedding favors must be delivered in the first person by the bride and groom, after sanitizing their hands, instead of being placed on the tables.

Strict rules, but not too strict. It won’t be a wedding like it could have been a couple of years ago, but it won’t be a half-hearted party either. And then, there will not be (at least so it seems), even the Covid Manager, the person who would be responsible for enforcing the rules to all diners. All functions that will be carried out directly by the wedding planner or someone on staff.

«I was supposed to get married in August 2020, now if all goes well I’ll do it in August this year» says Giada Curatola, a bride-to-be from Trentino Alto-Adige who brought together all the women who were planning a wedding but ended up having to postpone or cancel them. She created a Facebook group called ‘Warrior Brides’ that has more than 6,000 members.

«The proposal came in 2019. I’ve been waiting 20 years for this wedding – continues Giada – I work in a nursing home and in March I was infected. Covid kept me bedridden until May, and the wedding obviously took a back seat. Then when I saw that the virus continued to circulate I knew it would be difficult to get married. Especially since it wasn’t going to be the wedding we had dreamed of for so long».

The couple had moved quickly, booking the church and location (a four-star resort in Riva del Garda, at the foot of the mountains and the lake) as early as May 2019. In February last year, everything was already practically ready, with the wedding favors purchased and the invitations sent. «We were lucky – goes on Giada – the organizers blocked the deposit without any problems. The owner told me that she was very confident. In fact, last year the weddings finally took place, there are couples who got married. But our friends were afraid, and the relatives came almost all from Piedmont where the situation was not the best. That’s why we decided to postpone».

Giada and Michele, her husband to-be, will host about 60 guests, plus another 20 who will arrive only at the time of the cake: «They couldn’t put a maximum limit of participants – laughs Giada – the biggest stumbling block now is the issue of the green pass. I have so many guests who are not vaccinated, and they won’t even be vaccinated in August. Swabbing everyone is problematic, since it’s on us or the guests. Also because here in Trentino a rapid test in the pharmacy costs 22 euros, the molecular in a private facility 84».

A problem that Claudia Corsi, owner of the agency ‘White Events’ in Certaldo (Florence), wedding planner by profession and member of the national executive Federmep, knows well. «I organize weddings for a national clientele, but also for those who come from abroad and want to celebrate their wedding in Tuscany». For them, paradoxically, it is easier to prove Covid negativity, since just the fact of traveling to Italy implies the need for the vaccine or a swab: «How can a couple force those who come to do a test? – asks the wedding planner – Think about a family of four people, which in addition to clothes and the gift must also spend money for swabs. This thing is generating a bit of discontent».

Last year, for ‘White Events’, the pandemic «was catastrophic – she continues – there was a moment of great panic. Couples who had already booked were asking for refunds, which were impossible to give since they had signed contracts».

Finding a new available date, also considering the uncertainty of the moment, has been anything but simple. Some have postponed to the spring of 2021, only to have to cancel again, some will get married in the summer and some will do it in 2022, or even 2023. A few couples even gave up, cancelling the wedding for good.

«After a while, even the imagination passes. And we also think about all the people who work around a wedding». Claudia always collaborates with at least two other wedding planners. First of all, at the reception you need a caterer, cooks, waiters, but also photographers, video operators, flower designers, dancers and entertainers of all kinds, musicians, DJs and entertainers for children. There are also those in charge of fireworks or decorations. «When we talk about safety protocols, we do not take into account the fact that increasing the distance from one meter to two meters, for example, at the table when eating, involves the use of more tablecloths, more plates and glasses. And also more decorations. The budget that had been agreed with the bride and groom inevitably rises, and for them the expenses increase».

If you want to read another story in english let’s check here. 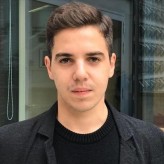