Everyone in Milan knows the Duomo  Cathedral, the shopping streets of  Via della Spiga and Via Montenapoleone or the happy hour bars in the Navigli area but… If someone told you that there are also some hidden historic spots, would you be interested in them?

Very close to the most important church of the City, the Duomo Cathedral, there is another beautiful and eerie church. San Bernardino alle Ossa was built in 1269 near San Barnaba’s hospital, to preserve the bones of the dead.

Here human skulls and vertebras appear on door jambs and arches whilst femurs and ulnae are the basis for door frames. Here the Rococo’s era’s elegance of frescoes and the macabre bones merge perfectly.

One theory says that these bones correspond to the numerous Christian martyrs killed by the Arian heretics at the time of Saint Ambroise. This however, does not seem plausible as most of the bones come from the patients who died in the Brolo Hospital, from the priests who ran it, from those condemned to be beheaded and from the prisoners who died after 1622, when the nearby cemetery was full.

In 1738 King John V of Portugal visited the church and became fascinated by it, and he then decided to build a similar one at Évora, near Lisbon.

A legend about San Bernardino’s church says that on each November 2nd, All Souls Day, a little girl whose remains rest in the ossuary’s altar, comes back to life and coerces other skeletons to dance with her, like in a Tim Burton movie.

In the center of the city, hidden behind an important and affluent area, very close to Sant’Ambrogio church, Università Cattolica, and Via Magenta there is a place called Giardino Calderini that is more than just a park.

Among the modern buildings there are the remains of a very ancient palace that is believed to be designed by the famous 15th century architect Bramante. Palazzo Corio, or Casa dei Cori, is also famous for being the palace in which Bernardino Corio was born, the most important historian of the Sforza’s family.

Today, only a part of the facade, with its arches and sculptures, remains as the rest was bombed during World War II.  In the heart of the garden there is a metal steel pole, made in 1996 by Arnaldo Pomodoro, remembering Francesco Castellini, a seventeen old boy who died in a road accident and who used to spend a lot of time here.

Calderini’s name is linked to the archaeologist Aristide Calderini who had a brilliant career at the Università Cattolica.

Villa Invernizzi houses a flamingo family that arrived  from South America in 1970. While this magic place is now a research center hosting 70 scientists, in the past it was one of the houses of the Invernizzi family in Corso Venezia, a renowned street in Milan. The owner, Romeo Invernizzi,  was an important business man and the inventor of the famous Formaggino Mio, a special cheese loved by kids (and adults too). He also created a number of folklorist characters like Susanna tutta Panna or la Mucca Carolina.

Navigli is not only the perfect spot for happy hour in Milan but also home to a little corner that is full of milanese history: il Vicolo dei Lavandai.

On Navigli Grande, there is an old wash house which was in use from the 19th century to the 1950s. Lavandai in italian refers to the male gender because it was male launders, belonging to a special fraternity called “Confraternita dei Lavandai”, who customarily used the wash house,  and not only women as you might think. These men had the task of washing the clothes of the wealthiest families.

At the end of ‘50s the famous writer Georges Simenon, author of Maigret, came to Milan searching for inspiration for a new story. Whilst walking about he was photographed in front of the Vicolo by the photographer Emilio Ronchini.

From 1943 to 1945 thousands of people left for hell: Nazi concentration camps. The platform from which the trains departed was number 21. All the names of those deported are inscripted in the Name Wall,one of the most significant parts of the Holocaust Memorial, the museum located underneath the station tracks. Only 22 of these names came back home and they are highlighted in yellow.

But there is also another story about the Central Station of Milan unknown to most and that is the secret waiting room of the former Italian king. You can imagine how luxurious this place was, it still is. The access is through a small side door and today the place is completely identical to how the king left it. Behind the mirror there is a secret tunnel, to escape in case of emergency, and on the wooden floor there are some swastikas created in honor of Adolf Hitler’s visits to Milan. This area is closed to the public but it is possible to visit on rare occasions.

These are only some of the kind of things that the city has to offer; Milan has a very ancient and rich history that must be discovered not only by tourists but also (and perhaps above all) by its citizens, so enjoy it! 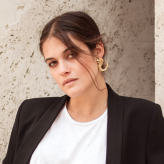