Alberto Paone enters  the Arena Civica’s field in Parco Sempione with a white shirt and a black duffle bag. He takes a ball and starts dribbling in midfield, now he doesn’t have the captain’s armband. He sits down on the steps, takes a FC Brera’s sweatshirt and starts talking: «I’m the captain of the team. Usually, we don’t have training and we meet just the weekend for play matches». Alberto is an entrepreneur, working in the food industry. In the team, there are Luca: an architect, on the field he is a defender. Then there are Jorge and Reny, one a warehouse worker and the other a courier, who stop opponents.

In this season, FC Brera plays in the First Category and its president Alessandro Aleotti has organized the «amateur’s Champions League» to promote non professional football around Europe. It’s the first edition, but it is already very successfull: «There are eight teams from seven different countries», says the patron of the club. There are the United of Manchester, Raptors of Prague, CD Cuenca de Mestalles. Two rounds of four teams, then the Final Eight in Rimini on June 11-12 to award the trophy.

FC Brera has a united group and a solid management organization. Founded in 2000 by Alessandro Aleotti, a publisher and journalist. The beginning was in Serie D championship and Walter Zenga (former Inter player) was the coach. «A strategic choice as well as a technical one», says the president, «so that everyone would know about our project». The season ended with relegation to Eccellenza, but the club’s constant social commitment turned the spotlight on the club. During the 2001-2002 season, FC Brera launched several initiatives to support Afghan refugees in Pakistan. For years, the team’s lineup was composed entirely of foreign players  legally residing  in italy and prisoners from Opera.

After unhappy results in this season, the team again has chosen to meet only at weekends for matches, and their motto is «not training, only talent». «We just want to have fun and bring the public closer to our events», says FC Brera’s captain Alberto Paone. «By history, we are the third team of the city after Inter and Milan. We have also played in Serie D, now in Europe as well. We haven’t won any trophies, yet there were over 700 fans at the Arena Civica for the game with United. About 300 came from England. After every match we organize the third half with opponents and fans. This is the football we like». FC Brera has also an Under-19 team, a women’s team and a soccer school for children.

The Fenix Trophy provides for the home team to take care of hosting the guests: «From travel to lodging to transportation in the city», explains president Aleotti, «in the full spirit of sportsmanship and sharing». For the final tournament in Rimini, more than 2.000 people are expected. Having fun among friends and travelling around Europe playing soccer. A dream come true thanks to FC Brera. 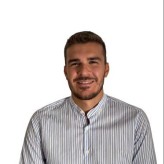