The idea behind ZeroPerCento is to help people with disabilities and unemployed to find their place in the workforce. With this purpose, three years ago, Teresa Scorza founded ZeroPerCento, a cooperative shop that sells organic, ethical and bulk food products to citizens of Milan. The cooperative has two locations: the original one is located at via Padre Luigi Monti 24/A, close to the Niguarda neighborhood. The newer and bigger one can be found in Chinatown at via Luca Signorelli 13.

«We wanted to create a store where people with disabilities or unemployed for more than six months could worke», said Paola Maisto, vice president of ZeroPerCento, «that’s why we made this place. Here they do everything; they clean the shop, arrange the shelves and, above all, they take care of customer assistance and sales. We try to make them as autonomous as possible».

In the two stores people can find almost anything they would expect in a supermarket: fresh food such as vegetables, eggs, bread, and cheese. There are also aisles with products such as cookies, foods in jars, and coffee. The store prefers to sell bulk products, that means without packaging. «We love to call ourselves an ethical company», said Maisto, «because all the products that we sell are selected and we know that the manufacturer respects the environment and the working conditions of its employees».

Through various assistance programs, workers learn about the opportunities at ZeroPerCento. Mainly, the Centre for Job Mediation (Celav), a service of the municipality of Milan, reports the people to ZeroPerCento. Others come from schools where there are training classes for sales people; they introduce the guys to the cooperative, and then they start an internship.

The apprenticeship lasts for about six mouths. «For the first weeks», adds Maisto, «we need to teach them the same things several times. But then they do everything independently. And we are very proud of it». The number of trainees is about ten, distributed between the two stores.

The apprenticeship, a path towards the future

«I started to work for ZeroPerCento last November», explained Margherita, the manager of the shop on via Signorelli, «during this month we opened this second store. The managers for the shop are four people, me included. We all alternate between the two supermarkets. For the majority our products come from Italy. Others such as coffe, come from abroad».

ZeroPerCento is like a big home where no one is left behind and where everyone can learn a job. «I started the apprenticeship a year and an half ago», said Chiaraluna, who is 25 years old, «then I was hired. For me it was a really beautiful thing.

«If I have to describe ZeroPerCento with a word, I’ve no doubts: it’s family!»

Talking with Maisto about the future of the kids that work for ZeroPerCento, she looks happy as she explains that «almost all our guys found a job after they have worked for us. Two of them went to Apple, and one of them is deaf and she is working as a salesperson. Others went to the Coop or to other cooperative similar to ours».

Because ZeroPerCento is not just a place for people with disabilities and unemployed, indeed, every citizen can contribute to this important ethical project, in different ways. «To help us, obviously people can came here to buy their groceries», said Maisto, «but they also can make donations». 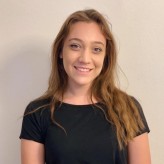