In the last two months we have listened and read a lot of news, debates and articles about the Super League. Super League would be a new competition organized by 12 important European teams: Manchester United, Manchester City, Liverpool, Chelsea, Arsenal, Tottehnam, Inter, Milan, Juventus, Barcellona, Real Madrid e and Atletico Madrid. These 12 clubs wanted to change football because the majority of them are in significant debt: more than 600 million Euros. Instead of writing about the Super League, which has been well documented by media outlets, we take a look at the other part of football: “the poor one”.

First of all it is necessary to say that in Italy there are not only professional leagues but also amateur ones. Serie A, Serie B and Lega Pro are part of the first group while Serie D, Excellence, Promotion, First Category, Second Category and Third Category make up the galaxy of amateur leagues. Two different universes not only for the level of play but also for economic situations, for the level of the structures and for the organization. To make matters worse, in 2020, the pandemic made it impossible for non-professional leagues to run smoothly.

We went to Tuscany, near Grosseto, where the first team of the Unione Sportiva Follonica Gavorrano had to miss the last championship match. The reason? Opponents had too many players who tested positive for Coronavirus. When we were at the pitch we were waiting to find the players training for the game but all we found was a deserted stadium that gave us a feeling of a football abandoned by the federations.

The professional championships, in fact, continued regularly, remaining suspended only during the first lockdown that began in March 2020. Protocols were drafted to facilitate the conduct of sporting events that established the health provisions to monitor the condition of the athletes. We are talking about clubs, however, with high-level structures and organizations that experience football as if it were a company. In the amateur leagues, on the other hand, football is above all passion and despite the great effort of society and management it becomes really difficult to guarantee a high level of monitoring and management of pitches. The Serie D championship, like that of Excellence, was in fact impacted by interruptions and postponed matches which made it almost impossible to carry out the tournament. Positive cases, Covid tests, quarantines and self-isolations have highlighted a low regard for amateur leagues. To complicate the situation, one must consider that those who play, train and manage a team in Serie D have other jobs that they rightly have to put first.

The stadium of the Us Follonica Gavorrano undoubtedly conveys a great passion for football. From the continuous irrigation of the playing field, to the makeshift gym to allow players to train, to the stands set up to allow the local public to enjoy the matches, we see a pure love for football. That football without a lot of money, without international sponsors, without millionaire contracts but with muddy shoes, low-cost uniforms and small and careless changing rooms.

In fact, when we think of the problems of Serie A clubs that want to escape to the Super League, we must keep in mind the shortcomings faced by the non-professional leagues, which still live the football of the past. 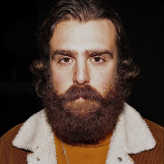