If you want to be a doctor, you need to prepare for a lot of years of study. To obtain a medical degree, it takes about 6 years. After graduating, a medical student has to face a postgraduate decision: which kind of doctor do I want to become? A general practitioner, or a heart specialist, maybe a pulmonary doctor. This decision is often made during an internship in the hospital.

But in the last year and half, Covid-19 has changed everything, including academic programs, and most medical students couldn’t do their internship as usual. This is why thousands of them are protesting across Italy. 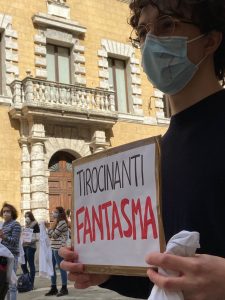 This situation began in the spring of 2020. Since the pandemic started, future doctors were forced to be trained online and not in a hospital, how they should have been. Even vaccines changed little: only few students have received them so far but, for safety reasons, students say they should be immunized before being allowed in a hospital.

It’s been six months since the first vaccine injection but nonetheless the medical students’ situation has remained unchanged.  That’s why protests took place all over Italy, and the undergraduates filled the streets of Turin, Pavia, Rome, Siena and Pisa.

«Who will take care of you in the next pandemic?» Undergrads were worried and angry about their curriculum being too focused on theory. Their education risks being incomplete, they argue, and that’s not just to their detriment but it’s also a problem for the health of the general public.

Martina Giampieri is one of the medical trainees worried about this situation. She is a fourth year at medical school La Sapienza in Rome. 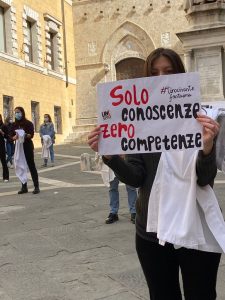 «Last year our internship was not allowed. The same will happen in 2021. However, the fourth year apprenticeship is fundamental», Giampieri says. «That’s incomprehensible, in private universities everything kept going with no problems».

In September and October, the university contacted all medical students to remind them to sign up for the vaccine. The promise was that everyone would be vaccinated in January 2021. But that didn’t happen.

«The sixth year internship is mandatory. They did it without being vaccinated. It’s insane, they had to go to the hospital, among weak people. I wonder, who takes responsibility for those who went to the ward?», continues Giampieri.

Many other students found themselves in the same situation as Giampieri. In the University of Pavia alone, 900 students should have carried out internships at the Pavia hospital, but only 72 of them actually did. At La Sapienza in Rome, on the other hand, the fourth year students lost 40 hours of  direct contact with patients. «There are 732 fourth year students at La Sapienza who, like me, have lost these precious 40 hours». 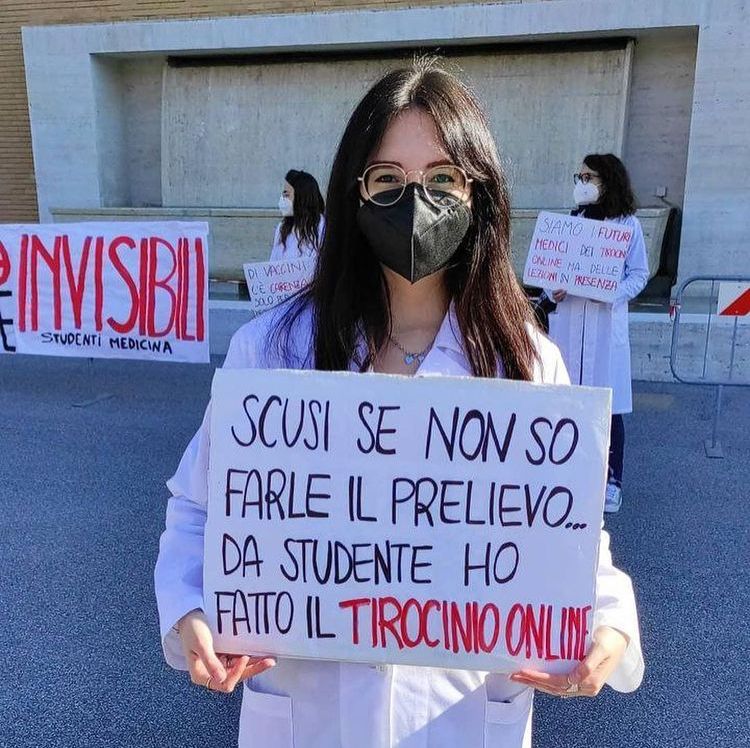 «We are not able to take a sample or to do a nasogastric tube. We have “learned” it online, via streaming, which is equivalent to not learning it at all», says Giampieri.

«Without the internship, we can’t understand properly what we are told in class. This year we took many exams on clinical cases. Learning cardiology and pulmonology only from books, with no practice, has been difficult. Understanding clinical cases, and therefore the patients and their diseases, without ever having seen one, is limiting».

For this reason, protests are ongoing since February and the students have no intention to give up.

«This year and a half has gone. The only hope is to make up for all the gaps, for our career, and most of all for our future patients». 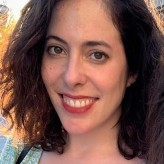 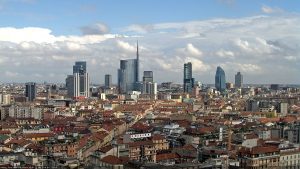