«Playing in the metro, you will never know who is going to be in front of you: this is the uniqueness of this project. There might be Fedez watching you and, perhaps, thinking you’re good at playing. And, if you are talented enough, maybe he will change your life and make you famous». These are the words of Stefano Frosi, founder of Open Stage, an artistic startup focused on urban entertainment and culture that, in collaboration with ATM (Azienda Trasporti Milanesi, the municipal public transport company of Milan), has realized Sound Underground. The city of Milan has never been more vibrant: in fact, the project consists of daily underground festivals within the metropolitan stations of Garibaldi and Loreto. Two are the reasons why the organizers chose these stations: first of all, because they are always crowded; then, because there are large spaces that allow the engineers to build the stage without causing difficulties to the passengers. «Open Stage is an opportunity, and if you, as an emerging artist, are able to seize it, you may become somebody important», says Frosi. «Another thing I notice is the wow effect, that is the surprised reaction of the people around who see this kind of concert for the first time. Within an ordinary working day, those two or three minutes of live music change your mood. So I might change the lives of many people that feel down in the dumps».

Among the emerging artists that perform in the two stations, Frarentesi Graffa. They met about a year ago. They are not the same age: Francesca is younger than Raffaele, but they both attended the same musical high school. He had just graduated and was looking for a singer to form a duo. He says: «Everybody told me that she was fantastic. Then I heard her performing: it was love at first sight, musically speaking». They are not only an artistic duo, but also best friends in real life, and this is the reason for their name. Indeed, the merging between Francesca, Raffaele and parentesi graffa (curly bracket) symbolizes their union and their relationship, which became very strong in a short period of time. They both consider this project a wonderful opportunity to be seen and get noticed by more and more people, not only Italians but also foreigners and tourists as well. «Many friends of mine told me about this possibility to perform live», reveals Raffaele: «In the metro, everything is artistic: I was curious, and I wanted to try». Francesca as well can’t hide the enthusiasm: «An experience to try: I can’t wait to perform again!».

A place of opportunities

The idea is to give everyone the chance to express their own art and make the metro a place of opportunities, entertainment, culture and -why not-  artistic contents. A place in which emerging artists can perform live and free. In this way, singers will express their own artistic vein to a large public: all the passengers of the metro. How to find the stages? It has never been easier: once you get off the metro of Garibaldi or Loreto, climb the stars (without getting out of the metro) and there will be a multicolor and hi-tech stage: a large carpet that reminds of the old times of Mtv, a big music speaker and a giant wallpaper with “Sound Underground” written on it. Anybody can easily play: you only need to reserve a spot through the app Open Stage. Everyday musicians can perform in the afternoon: at their disposal, they have four slots of one hour each (from 15 to 16, from 16 to 17, from 19 to 20 and from 20 to 21). 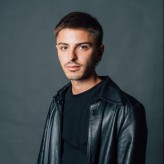