“Regenerate land and people” is the motto of CasciNet, an oasis of peace and green in the heart of Milan. Connecting with the earth, we return to feeling good both physically and mentally while moving away from the stress of the city.

Collaboration, conviviality, listening, honesty and commitment are the key words of the project. The gardens are distributed among farmstead members, who have the space for their own use, to grow their own products. They share space, in fact there are no nets and dividers, they share water, tools and knowledge.

Cascina Sant’Ambrogio is a farmstead in the Ortica/Forlanini neighborhood, owned by the Municipality of Milan and given to the CasciNet project for 30 years. Founded in 2012, the association’s main goal is the recovery of the architecture of the farmstead complex. The Cascina Sant’Ambrogio at Cavriana consists of a group of buildings and land of particular historical, cultural, agricultural and social interest, in which the presence of an “apse” (abside) stands out.

An open-air space in the center of Milan, to escape from the hectic daily routine and regenerate. CasciNet is a social promotion association and a social enterprise farm: two non-profits acting in unison to create a sustainable ecosystem. This place wants to generate an environment where culture, community and agriculture are in synergy. It offers 12 services, including “Terra chiama Milano“, “Food Fores“, “Apinet“, “Asilo nel bosco” and “Bottega Arte e Mestieri“.

CasciNet is an active non-profit association, made up of people who share a dream: to make Cascina Sant’Ambrogio an important place of agriculture and accessible city economy again. A place full of culture and memory that, as the years go by, needs to be in harmony with the needs of the contemporary era.

“Terra Chiama Milano” is the first service born in CasciNet in 2013 and aims to promote environmental education, socio-educational and cultural projects aimed at creating a deep connection between inhabitants and territory.

Paths of environmental education and awareness are planned so that the garden can be transformed into a productive space, but without losing the functions of a beautiful place to relax, play, reflect, experience art, theater, and outdoor cinema.

Anyone can come to the Cascina and cultivate their own space, turning it into a vegetable garden: more than 9 hectares of land are available in the Vettabbia Park and in the areas surrounding Cascina Sant’Ambrogio. The goal is to generate an agro-ecological hub that reconnects the city of Milan with the countryside, bringing together farmers, tourists and citizens. The projects are not only for adults, but also for children. «We want to give children the opportunity to experience their days outdoors in contact with nature, animals and the people who live in the community».

«The classroom we prefer has no walls, it is a large open-air classroom where children can move freely and keep alive the curiosity within them».

An answer to some basic needs for the harmonious development of children such as being outdoors and living in contact with nature, the need to run and jump, and the need to learn by gaining  direct experience and expression according to their attitudes.

The restoration of the “apse”

An interesting project is the restoration of the ancient Apse, in collaboration with the expert restorers of the Articolo 9 association. The goal is to make it a place of silence and recollection again, to connect oneself with one’s inner self. Article 9 is a cultural association for the protection of artistic and historical heritage.

Inside the apse, traces of beautiful wall paintings from the 1300s are still visible: in the apsidal canopy of the church incorporated into the farmstead is a previously unseen “Coronation of the Virgin among angels and saints”. The high quality wall paintings from the 14th-15th centuries are in a poor state of preservation and are in danger of being lost forever. CasciNet is working to restore the ancient apse from the 1100s, raising funds through spontaneous donations.

The history of CasciNet Association

This Benedictine monastery was among the earliest female cenobia in Milan, privileges and acquisitions had led it to occupy an extensive area north of S. Maria Maggiore (later Duomo) in the 13th century. The monastery was rich and important for the custody of relics related to the cult of the Cross. In the 1800s the Cascina was owned by Sciur Castelli, who donated it to a Charity Institute, which later granted it to the state property.

From this time on, the Cascina is entirely destined for residential and agricultural use. “In addition to being moved by a vision, we are also motivated by a need: to return to making decisions about our city. Don’t limit ourselves to being consumers and voters, but producers and active citizens capable of concretely transforming a portion of reality.”

Since the founding of CasciNet Association in 2012, one of the first intentions was to recover the architecture of the farmstead complex, so peculiar in its historical stratifications, and to restore color to the 14th-century frescoes identified in the apse of the church, one of the medieval parts of the architecture still preserved.

The urban vegetable gardens in Milan

Milan has about 2.300 urban vegetable gardens, equivalent to 2.100 acres, totaling 850 hectares, and 16 shared gardens. The former can be entrusted to private individuals, while the latter to nonprofit associations. This makes Milan one of the most important cities for urban gardening, among other cities such as Rome and Florence.

The administration activates public procedures in order to offer the possibility to cultivate urban vegetable gardens: the contract lasts from one to five years maximum, but people can renovate the agreement. It costs 1 euro per square meter. Everyone can apply for a 25 to 90 mq garden and, after checking availability, submit an application to the relevant city hall office. Priority is given to socially disadvantaged categories, like people with disability, old people or whoever has a low income.

Data shows that after the first pandemic of Covid-19 people in Milan have a stronger desire to reconnect with nature and pay more attention to the food they eat. Another reason to grow farm-to-table vegetables, which also guarantees the sustainability of the process.

There are also some rules to respect: every vegetable garden must have its own name, which has to be designed and written by hand. Furthermore, the vegetables must be organic, no OGM and cultivated without pesticides. Fences must be removable and made out of natural materials. 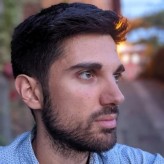